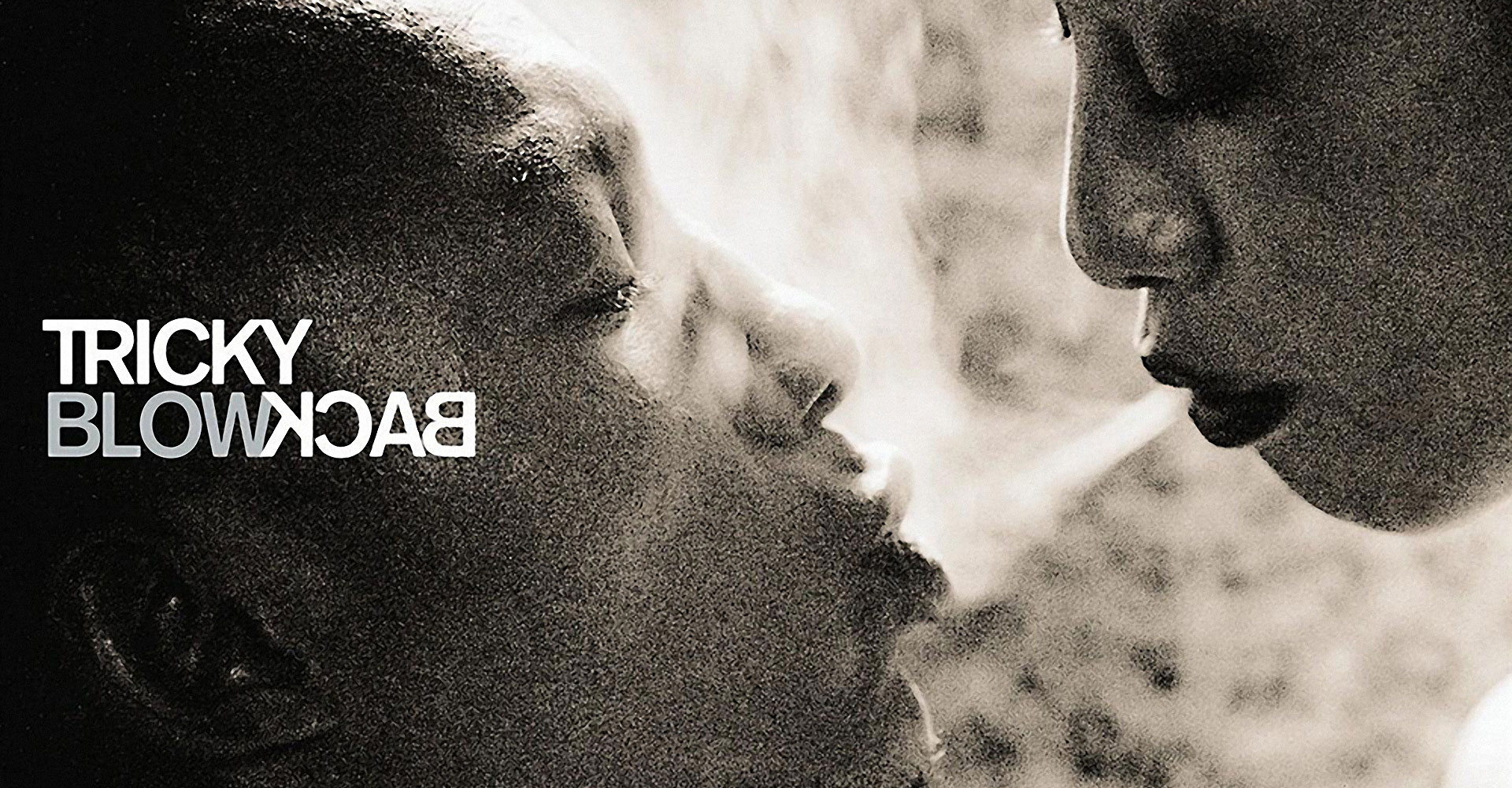 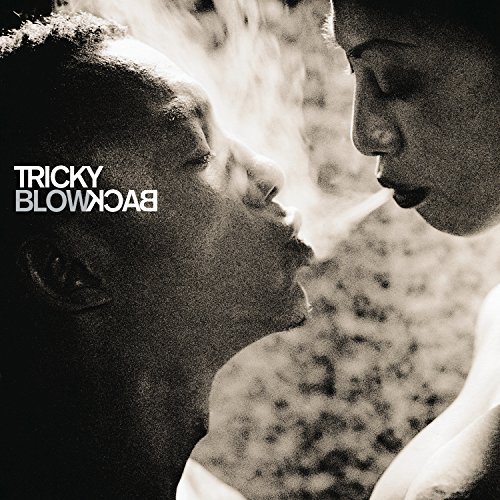 It’s a sunny day and I’m listening to Tricky’s ‘Blowback’. Seemingly the light dims and I’m thinking ’bout reasoning in smokey, well lit shadowy room where incense lingers lounging in the air like thoughts just before a succubus kiss. But that’s just me and what I see in reference to the artwork of ‘Blowback’. Sure it’s not ‘Maxinquaye’, Tricky’s debut masterpiece but the artwork is so much better. Maybe it’s the smoky umbilical breath between Tricky and model Sabrina captured by Dutch photographer, Anton Corbijn… Maybe it’s the simple execution of the font and minimal design by the firm Re:Hab… Or musically it’s the multiple collaborations with guest performers like Flea, Anthony Kiedis and John Frusciante of the Red Hot Chili Peppers, Cyndi Lauper, Alanis Morisette, Ed Kowalczyk that extends Tricky’s sound. It’s the skewed haloed vocals of Stephanie McKay, Ambersunshower and the dancehall vibes Hawkman’s slinging that reminds me of home. But I suspect it’s the overall ride cause you can’t quite box it into the genre bin. I think it’s Tricky’s usual can’t get out of the dark vibe but ‘Blowback’ is also light. I mean listening to the rock driven track, #1 Da Woman, it’s a cover and re-write of the theme song from Wonder Woman you can’t help but smile. And ‘A Song For Yukiko’ has the mind marching amongst cherry piano infused blossoms. The album begins with Excess my favourite track that sets the tone.. but then… when you try to over analyse a thing you begin to lose the taste in the smoke.