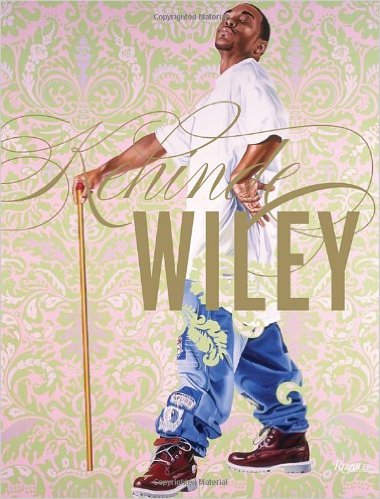 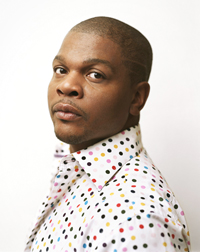 The cover art for Santigold‘s new album ‘Master of My Make-Believe’, dropping May 1st, reminded me how much I like the artwork of Kehinde Wiley. The cover art shows Shantigold as three characters, as bond girls in gold flanking a centred dominating mafia Don, with Kehinde Wiley’s painting of Santi as a distinguished army officer referencing the 18th-century painting of Banastre Tarleton titled “Portrait of an Officer”. Wiley is known for his large-scale portraits of urban African-American men rendered confidently against vividly ornate backdrops and his work with Santigold is, in fact, his first of a woman.

Kehinde’s current exhibition, The World Stage: Israel, can be seen at The Jewish Museum in New York City from March 09, 2012 – July 29, 2012. For those not familiar with is work I’ve selected a few favorites pieces and a short documentary but when you can, you’ve got to check out an exhibition near you and/or visit his site at kehindewiley.com to see the full body of his work.